The Airborne Museum is located in the beautiful villa 'Hartenstein' in Oosterbeek, the Netherlands. In 1944 this building served as the headquarters for the British airborne troops. Tinker Imagineers was commissioned to renew the internationally acclaimed Airborne Experience at the Airborne Museum. In collaboration with Tinker Imagineers I created the introduction animation which explains operation 'Market Garden' and the battle that took place near Arnhem in September 1944.
In the show visitors will get a first-hand impression of the Battle of Arnhem, scene by scene projected on three walls. In an exciting and atmospheric way you'll get explained why it was a bridge too far...
In assignment of Tinker Imagineers
Sound design: Walvisnest
Construction model: Kloosterboer decor
Photography: Mike Bink 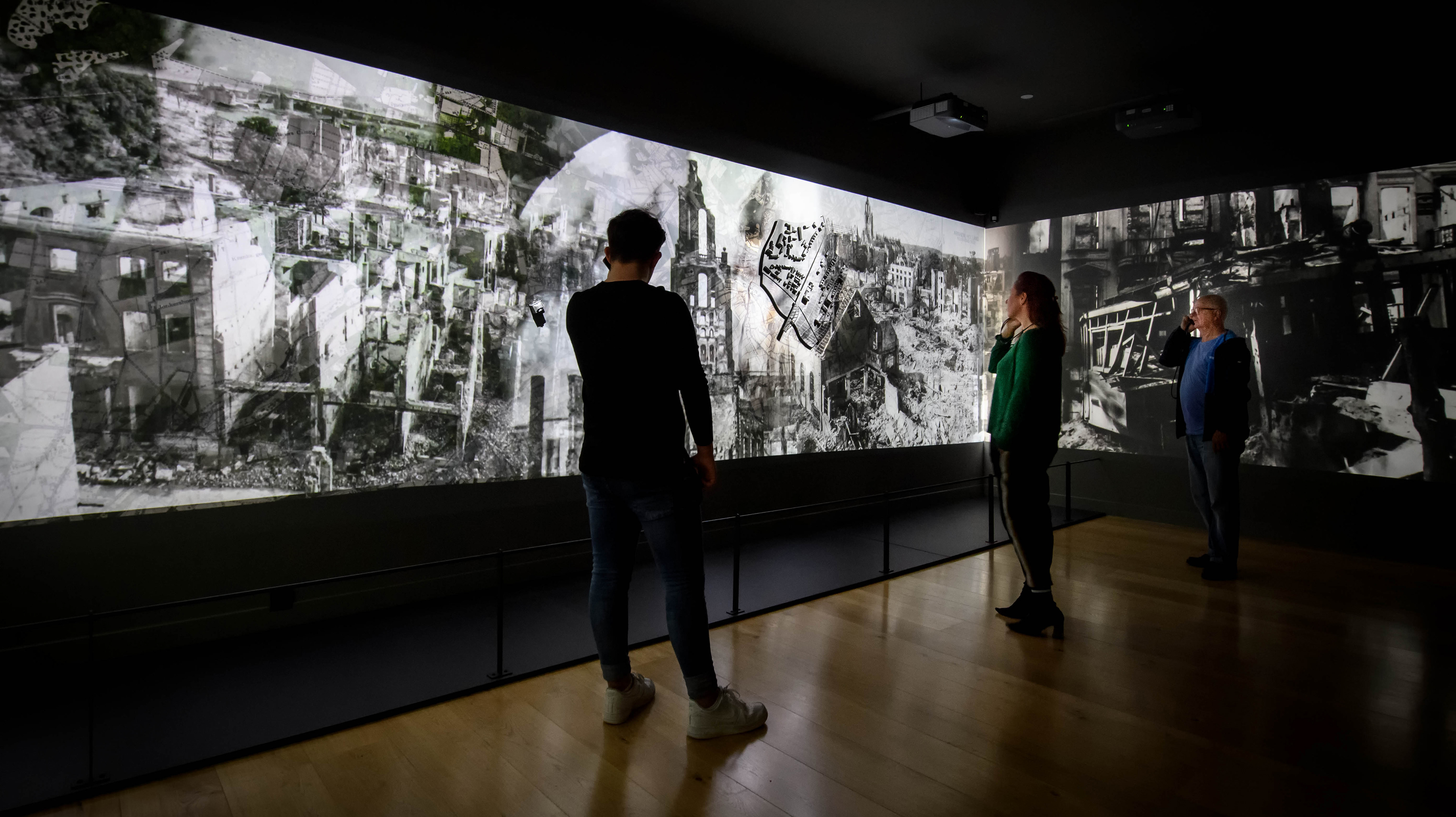